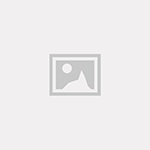 The all-new models of Japanese new cars are now announced for next year. Few models are changed while most are same without any modification. Although, […]

Japanese used cars export is a very huge component of international trade, which involves the export of used cars and vehicles from the Japan’s domestic car market, to all over the world. Despite the expensive shipping cost, the sales of used Japanese cars and new Japanese vehicles to overseas countries is still growing. This is because of cheap price and good condition of the cars in Japan.

The main contribution of the vehicles for export is fruit of strict Japanese car inspection. A pre-shipment inspection of used vehicle is peace of mind for the overseas buyer to ensure the quality and condition of an automobile. There are many auto inspection companies in Japan. The largest inspection organization (not a company) in Japan is “Japan Inspection Organization, which is nation’s largest organization to do inspection of vehiclecles and Heavy Machinery.

The trustworthy Japanese car exporter can be verify before any import by Japan Company Trust Organization.